Backgrounds
cocefi
Drop Wizard is an action arcade platformer for iOS[1] and Android. The game was first announced to be in development on June 20, 2014, when Neutronized posted a page of sketches featuring components from the game. The player controls a wizard named Teo who embarks on a quest to save his friend Mia after she gets turned into a statue.

Drop Wizard is controlled by tapping the left or right side of the screen, causing Teo to move in the tapped direction. When Teo drops down a platform, he releases a star projectile from his wand that can temporarily stun enemies. The player must kill all enemies to advance to the next level. Teo moves constantly without the player's control and cannot jump, but the levels are designed so that Teo can fall through gaps to reach the top of the level again.

In a land far far away, two wizards were traveling from town to town until a terrible menace awakened and turned Mia into a statue.

It's now up to Teo to defeat the warlock Kardius.

Sketches posted when the game was first announced to be in development. 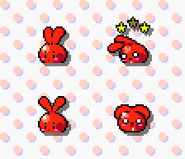 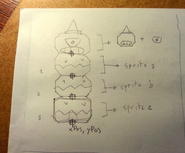 A sketch of the "stacked" enemy. 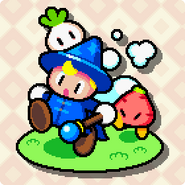 Teo in the September 26 post, with two enemies chasing him. 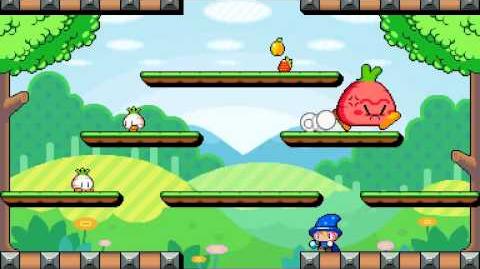 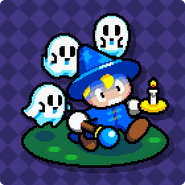 The Japanese menu of Drop Wizard as seen in the December 3, 2014 development post. 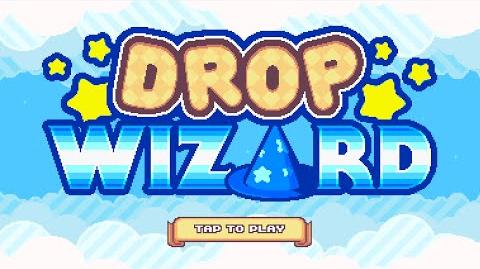 Cameos from other games

Community content is available under CC-BY-SA unless otherwise noted.
Advertisement